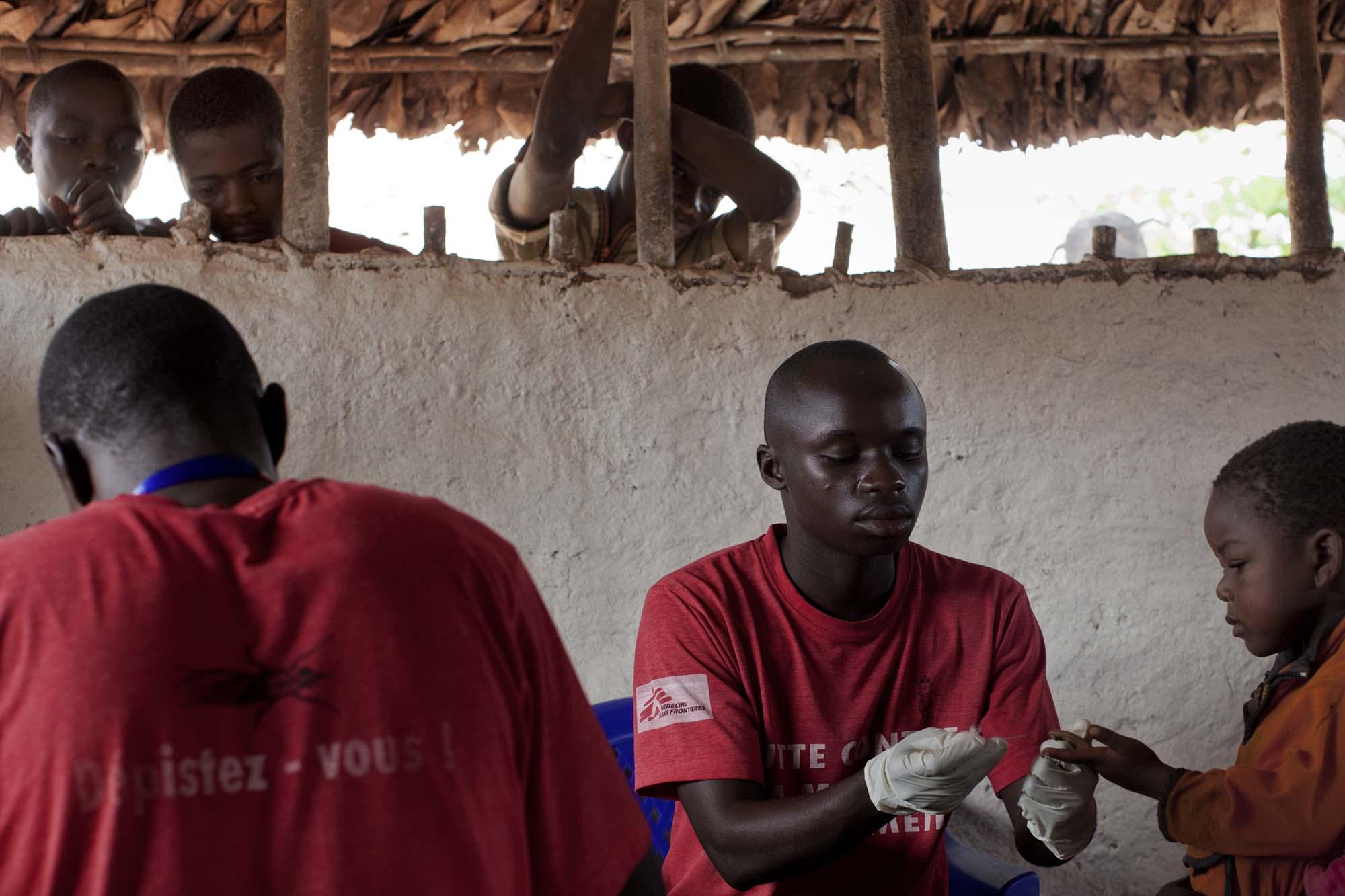 Sleeping sickness or human African trypanosomiasis (HAT) is a vector-borne parasitic disease. It is caused by either the parasite Trypanosoma brucei (T. b.) gambiense in West and Central Africa (98% of cases) or the T. b. rhodesiense in East Africa (2% of cases), and transmitted by tsetse flies.

Since 1949, the a treatment based on melarsoprol was used focusing on the second phase of trypanosomiasis, which is responsible for 5 to 10% of encephalopathies, often fatal.  In 2009, the nifurtimox-eflornithine combination therapy (NECT) was introduced to treat T. b. gambiense stage 2. This treatment is highly effective and without side effects of melarsoprol. However, eflornitine is administered by two injections per day for 7 days and is not effective against T.b. rhodesiense. More recently DNDi developed a new drug,  fexinidazole, that is active on both stages of T. b. gambiense. Fexinidazole can be administered in a 10-day oral course and the clinical trials showed that this drug is safe and effective. This treatment is currently being introduced in the endemic countries.

An important actor in this research area, Epicentre continues to collaborate in projects on HAT.

In 1986, MSF was one of the first NGO fighting against HAT with a program in Uganda. MSF continued its efforts by investing in public health projects in the most affected countries: Angola, Congo, Uganda, CAR, DRC and Sudan (in the South Sudan region). More than 2.3 million people were tested and more than 46,200 patients were diagnosed and treated between 1986 and 2007. 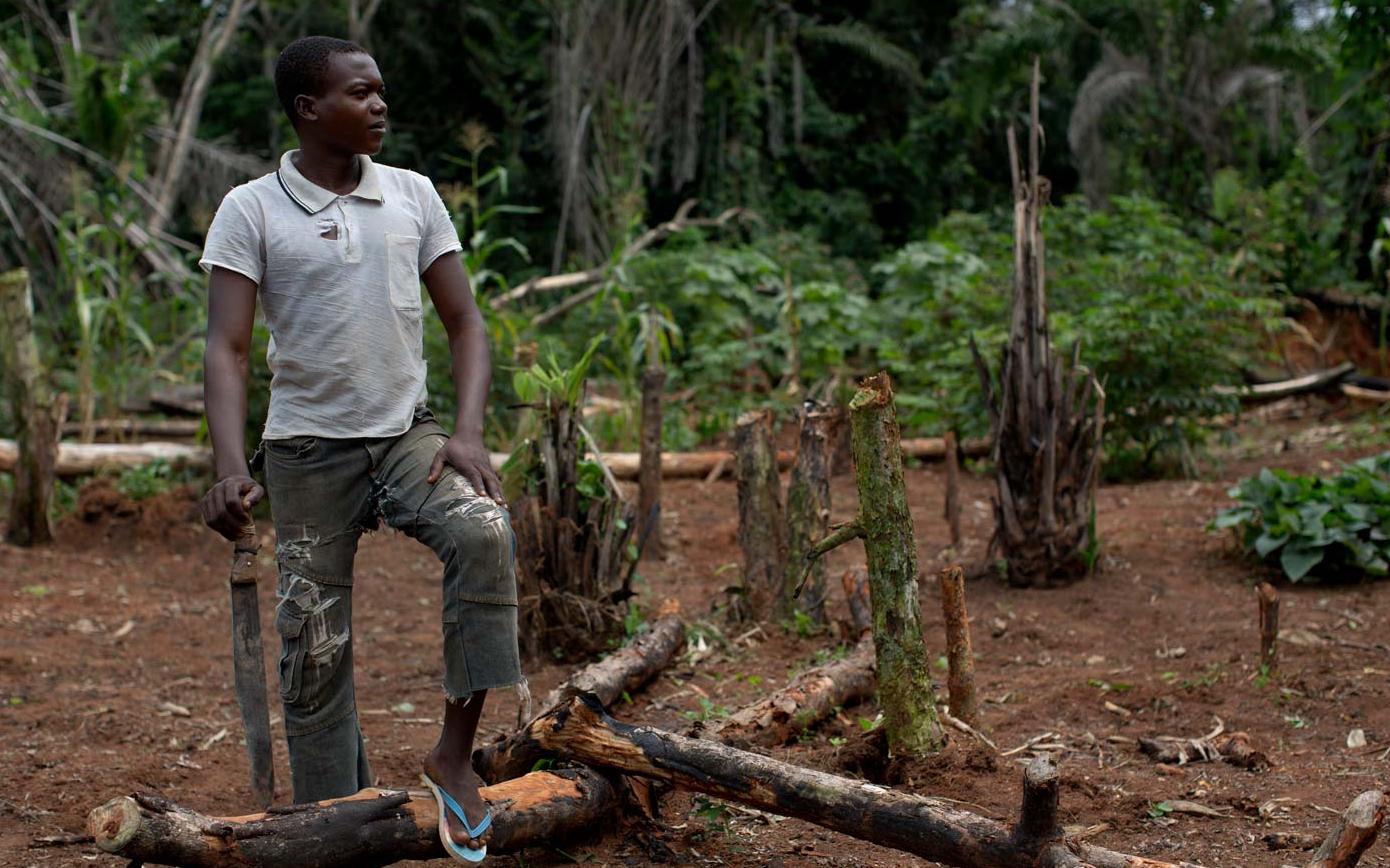 Légende
A young man in the village of Zobia, northeast DRC. The ones most exposed to the tsetse fly and, therefore, to the disease live in rural areas and depend on agriculture, fishing, animal husbandry or hunting.

Epicentre analyzed the data that were collected on people at-risk-and-tested as well as treated patients as part of these programs. Epicentre’s expertise in data management and statistics provided a better understanding of location of patients, risk factors, such as proximity rivers and vulnerable age groups, and the monitoring of the programs. This insight made it possible to better define the at-risk population to be targeted for active screening.

Epicentre created a unique database pooling date from 20 years’ of program monitoring from MSF programs on HAT. With the use of advanced statistical methods, the search for early predictor of treatment efficacy and risk factor analyses for treatment failure could be performed for the first time.

Cohort studies were conducted in MSF control programs, such as in Ibba, southern Sudan, in order to assess the safety and effectiveness of eflornithine as first line treatment for human African trypanosomiasis.

Clinical trials were conducted in MSF programs. A large phase 3 trial initiated by Epicentre and MSF and realized in collaboration with DNDi led to a successful introduction of a new combination therapy, the NECT (Nifurtimox-Eflornithine Combination Therapy) in the last 25 years.  The NECT was added in the list of essential medicines from WHO in 2009 and is now made freely available by manufacturers.

Current collaboration with DNDi is conducted to implement a study to assess the efficacy and safety of fexinidazole in patients with late-stage Human African Trypanosomiasis (HAT) due to Trypanosoma brucei rhodesiense. Sustained efforts by MSF, Epicentre, DNDi and other stakeholders has helped reduced the number of cases to 1,442 reported cases in 2017. Continued efforts should ensure that target eliminating HAT as a public health problem can be achieved by 2020.

Testing fexinidazole as a treatment for T.b.Rhodesiense Sleeping Sickness

Testing fexinidazole as a treatment for T.b. rhodesiense sleeping sickness

Epicentre is part of the DNDi partnership that is launching a study into fexinidazole as a safe and well tolerated treatment again...