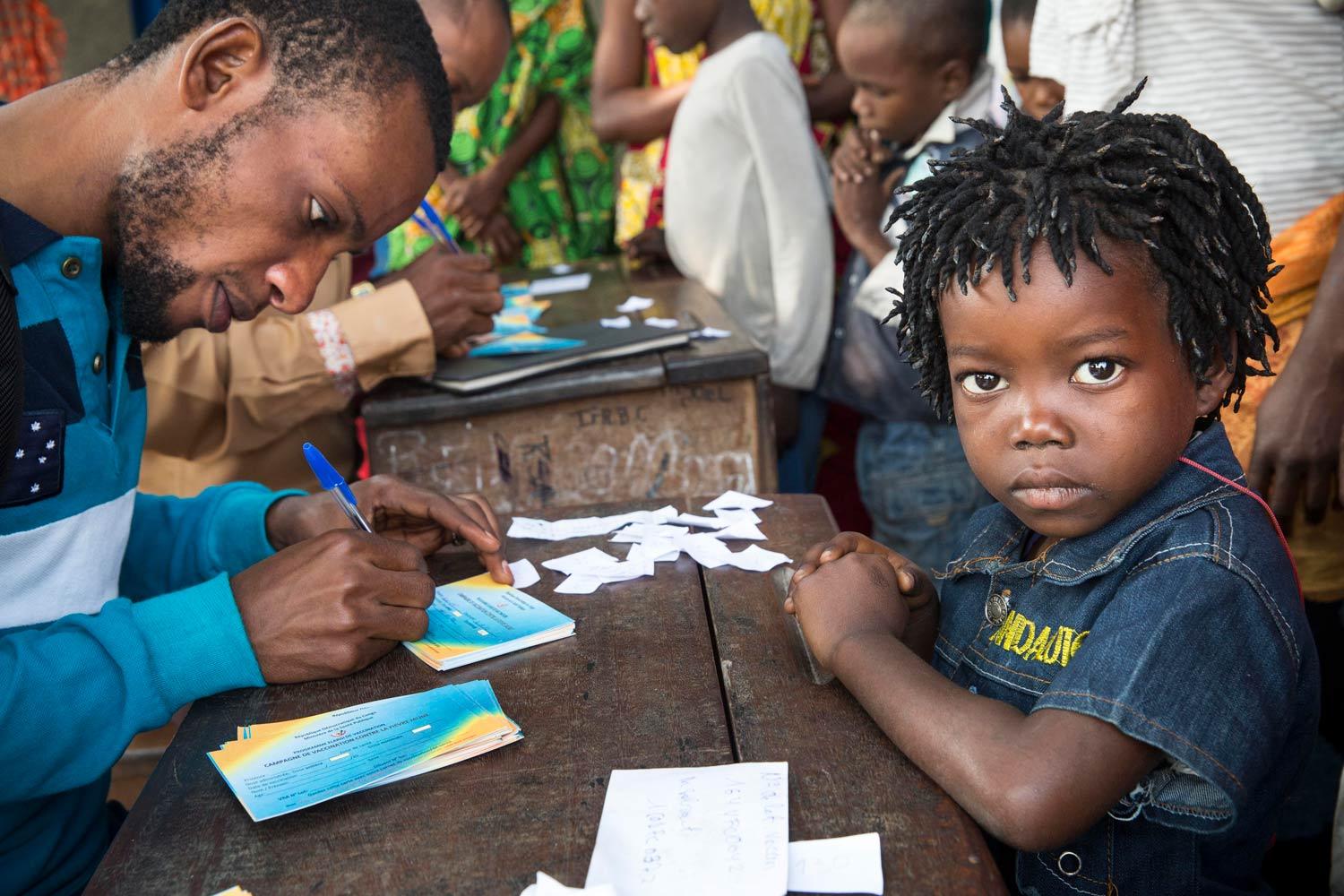 Yellow fever is a flavivirus, and a disease that is transmitted by mosquitoes. The disease kills between 30,000 and 60,000 people annually. The disease is endemic in Africa and Central and South America. The majority of annual yellow fever cases - estimated at nearly 200,000 - occur in Africa, where outbreaks are frequently seen. It also poses a risk to people travelling in the 44 endemic countries of Africa and Central and South America.

In tropical rainforests, yellow fever affects primates, the main reservoir of the disease, and humans working or traveling in these forests become infected when they are bitten by an infected mosquito. This is known as selvatic yellow fever.  However, sporadic cases can lead to large epidemics when infected people move to densely populated areas with a large non-immune population. Aedes aegypti is the most important vector responsible for large urban outbreaks. These mosquitoes are well-adapted to human domestic environments, facilitating transmission between infected and uninfected people.

Three to six days after a bite of an infected mosquito, unspecific symptoms such as fever, muscle pain, headache, nausea or vomiting start. These can be mild and the infection can go unnoticed. Diagnosis is sometimes difficult in the early stages because the symptoms of yellow fever can be confused with those of other diseases.

After 3 to 6 days most people get well, however approximately 15% of infected individuals enter a toxic phase with multiple system failure affecting the liver, the kidneys, and the cardiovascular system.

Highly effective but in short supply 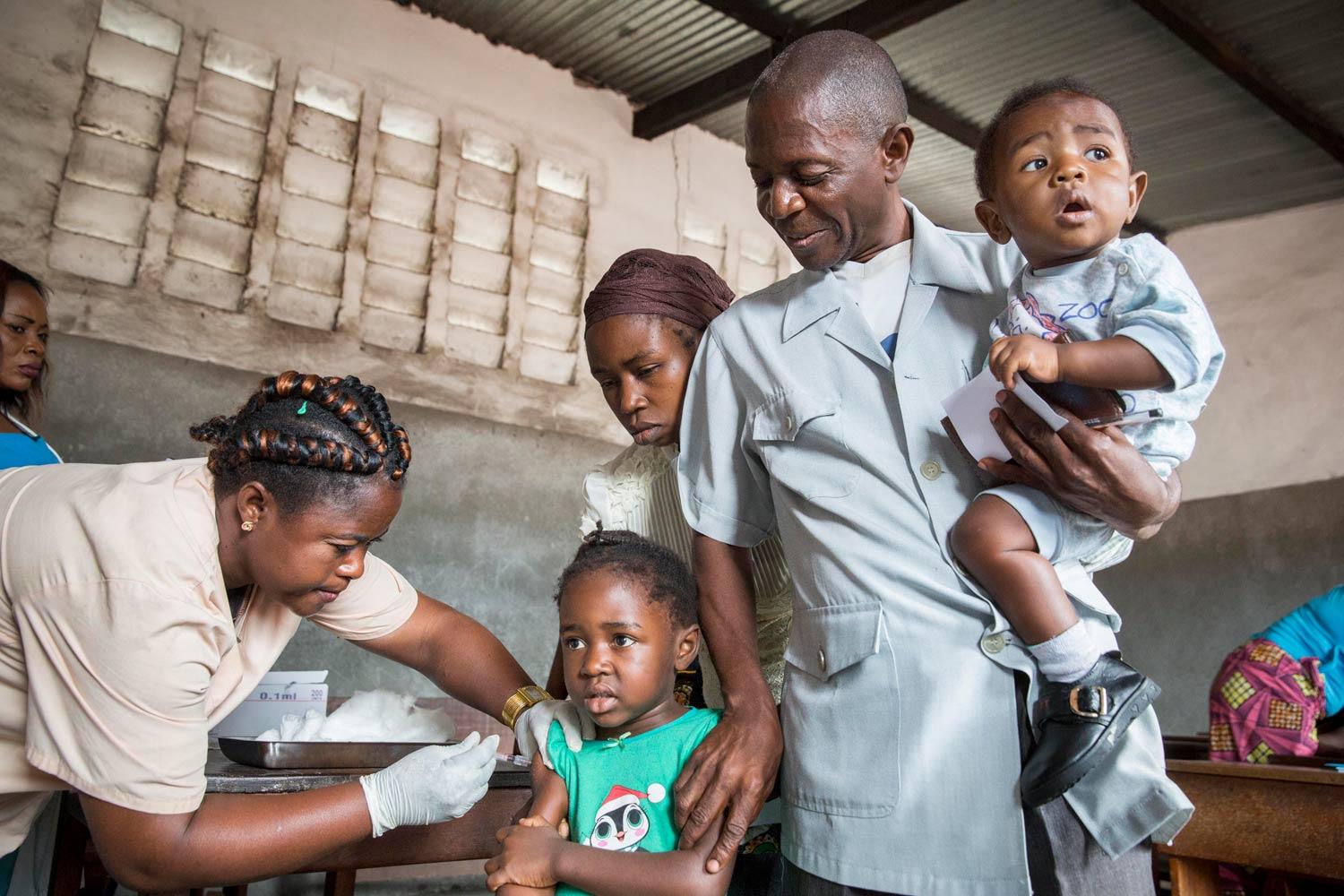 There is no effective antiviral therapy to treat yellow fever infection. Only treatment of the symptoms, fever, vomiting and pain, can be offered to improve survival. Cured individuals have lifelong immunity.

However, there is are very effective vaccines that provides long-term protection. Immunization is considered the most important and effective measure against yellow fever. According to WHO data: In 2019, fever vaccine was part of routine infant immunization programs in 36 of 40 at-risk countries and territories in Africa and the Americas. Vaccination coverage in these 40 countries and territories was estimated at 46%.1

Unfortunately, the vaccine stock is insufficient to respond to large epidemics. In 2016 large epidemics in different part of Africa brought this issue to the fore. This is why Epicentre is leading clinical studies into the immunogenicity and safety of administering a 1/5th fractional dose of the vaccine, which will help stretch limited supplies and protect more people in an epidemic.

In 2016, in the face of large urban outbreaks in several location in Africa and a vaccine shortage of 2016, WHO developed recommendations for the use of fractional-dose of yellow fever vaccines based on data available from South America. Over 7 million people in Kinshasa, Democratic Republic of Congo, then received such a 1/5th fractional dose.

However, additional was needed on the use of the fractional doses of all WHO-prequalified yellow fever vaccines. In particular it is important to gather data on the persistence of neutralizing antibodies and the performance of the fractional dose in young children and populations in Africa including those with HIV. To answer this question Epicentre designed a clinical trial in collaboration with the Kenya Medical Research Institute, Institut Pasteur of Dakar, and the World Health Organization (WHO) in Mbarara, Uganda, and Kilifi, Kenya. The 1st randomized, double-blind phase took place between November 6, 2017, and February 21, 2018. It included 960 adults aged 18-59 years in Uganda and Kenya who received either a fifth dose or a standard dose of yellow fever vaccine from one of 4 WHO prequalified vaccines: 7DD (Bio-Manguinhos/Fiocruz, Brazil), 17D-213 (Institute of Poliomyelitis and Viral Encephalitis, Chumakov State Federal Unitary Enterprise, Russia), 17D-204 (Institut Pasteur de Dakar, Senegal), and 17D-204 (Sanofi Pasteur, France). Individuals who received one-fifth of the dose showed an immunologic response not inferior to that induced by the standard dose.  The administration of a partial dose of yellow fever vaccine has therefore proven to be effective and could allow more people to be vaccinated, particularly in emergency situations. The study is now continuing to evaluate the effectiveness of split doses in children and HIV-positive adults.

On the basis of the results WHO should be able to make definitive recommendations on the use of fractional doses of yellow fever vaccines in response to large-scale campaign needs. This would be an important step for Médecins Sans Frontières (MSF) and other NGOs working with ministries of health to protect more people and stop the spread of disease by making the best use of the available vaccines. 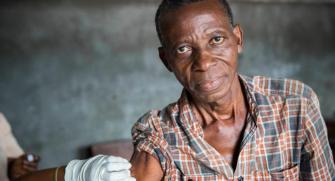 Giving people a fraction of a yellow fever vaccine is effective and could help vaccinate millions more people during emergencies, ... 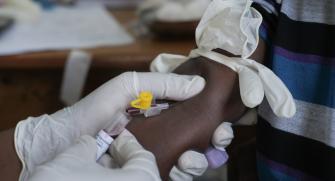 Recruitment started for next phase of the study 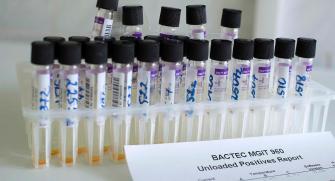