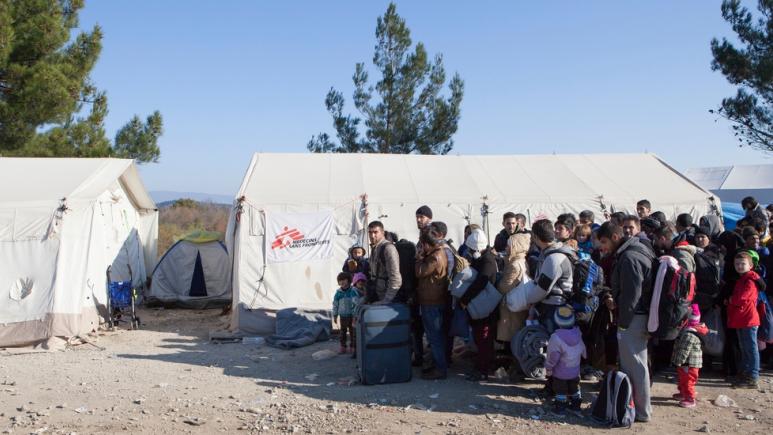 CONTEXT
The people of Afghanistan have been at war for more than 40 years. The city of Herat, located in the western provinces of the country, is hosting approximately 91,000 people displaced by drought and conflict.

In collaboration with the Ministry of Health, MSF opened a project in Herat focusing on improving access to care. MSF supported the emergency department of the regional hospital, with a catchment area of four million people, then shifted to the pediatric hospital in the fall of 2019.

ASSESSING THE SITUATION
To assess a situation that seemed to be deteriorating, in November 2019, MSF asked Epicentre to implement a surveillance system in the settlements to understand and monitor the health status of the internally displaced population.

The baseline surveillance round found a severe malnutrition rate among children aged six months to five years of 0.73%, global malnutrition of 2.7% and 19.3% among pregnant and lactating women. Immunization coverage of children according to vaccination cards was 27%, and 72% additionally taking parental self-report into account. Child mortality in Afghanistan is one of the highest in the world, and the under 5 mortality rate was estimated at 1.23 per 10,000 people per day. The crude mortality rate was estimated at 0.44 per day and per 10,000 people, which is twice as high as the World Bank estimates for Afghanistan, which may reflect the limited access of adults to treatment for chronic diseases.

Access to safe drinking water remains precarious. 60% of the displaced use defecation camps. There are only 12% of households reporting use of soap for handwashing, and only 2% of women of childbearing age have access to menstrual materials.

RECOMMENDATIONS
Epicentre recommends considering mass vaccination campaigns, particularly for measles, supporting the expanded program on immunization, improving access to water and sanitation, and that nutrition programme response and advocacy take pregnant and lactating women as well as children under 6 months into consideration. Lastly, as soon as the security situation allows, continue with the implementation of a community surveillance system.