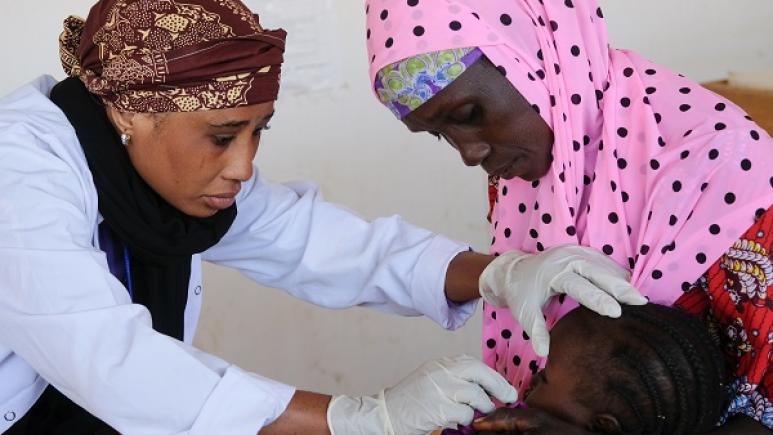 Malaria is caused by a parasite of the Plasmodium family that is transmitted by a mosquito. Every year, more than 200 million malaria cases are notified worldwide, killing more than 400,000 people, the vast majority of whom children under the age of five. More than 90% of cases and deaths occur on the African continent.

In the early 2000s, the arrival of new drugs combining an artemisinin derivative with one of several antimalarial molecules made it possible to reduce the number of deaths considerably. However, resistance to these drugs began to appear in Asia and is now widespread in some parts of South-East Asia. Resistant forms now affect the African continent with artemisinin resistant parasites having emerged in Rwanda and genetic evidence of such resistance detected in Uganda and other African countries. There is an urgent need to discover new therapeutic approaches, and this is the objective of the DeTACT project. Epicentre is actively participating in this effort through its centre in Niger, where malaria is highly endemic. According to a WHO report, Niger, with a population of approximately 23 million, accounted for 4% of malaria cases worldwide in 2018.

Coordinated by MORU and funded by UKaid and the UK Foreign and Commonwealth Development Office (FCDO), DeTACT is a large, 14-site trial in 8 African and 5 Asian countries to study the efficacy, safety and tolerability of two Triple Artemisinin Combination Therapies (TACTs) using existing antimalarial drugs (artemether-lumefantrine + amodiaquine and artesunate-mefloquine + piperaquine).

Made up of several work packages, the DeTACT project will also forecast the impact of TACTs on controlling the spread or emergence of multi-drug-resistant P. falciparum malaria leading to its elimination, and examine the ethical and practical considerations of using TACTs across the malaria endemic world.

"The choice of using existing molecules has several advantages. If these new therapeutic combinations prove to be effective, they can be rapidly deployed and, a priori, should remain effective against multi-drug resistant parasites," explains Ousmane Guindo, site investigator for the DeTACT site at Epicentre Niger. The trial addresses a major health issue in view of increasing drug resistance that jeopardizes the treatment of P. falciparum malaria, a potentially fatal disease.

For several years, Epicentre has accompanied MSF in the deployment of seasonal malaria chemoprevention in the Sahel, a new strategy for children under five. A prophylactic treatment is given once a month during the rainy season, when the risk of malaria is high. This treatment, which consists of a full course of sulfadoxine-pyrimethamine and amodiaquine, is recommended by WHO in areas of the Sahel sub-region where seasonal transmission is high.

Epicentre has conducted coverage studies in Guinea-Bissau, Mali, Niger, and Chad, and has advised on the further rollout of seasonal malaria chemoprevention.

If the situation allows it, a study will be launched in Moïssala district, Chad to evaluate genetic markers of resistance to sulfadoxine-pyrimethamine and amodiaquine. After 5 years of chemoprevention of seasonal malaria, it is necessary to rapidly identify the emergence of resistance to the treatments currently used to better control the epidemic and to rapidly propose adapted therapeutic responses.

The eradication of malaria requires the identification of new therapeutic approaches that are accessible and easily deployable in Asia and Africa, but also the anticipation of the occurrence of resistance to switch between treatments, for example.

Mass drug administration for Malaria: a solution in emergency situations

Recommended by the WHO in extreme complex emergencies, a mass drug administration (MDA) for malaia was carried out by MSF and the Ministry of Health in Angumu, DRC, between September 2020 and January 2021, following the movement of people from regions with a lower endemic risk. MDA consists of treating with an antimalarial drug every member of a defined population or every person living in a defined geographical area at the same time. Epicentre's evaluation of this strategy demonstrates its effectiveness, as under-five mortality dropped in the months following distribution in villages and sites that received MDA, while it remained stable or increased in villages and sites that did not.  Malaria morbidity was also lower 3 months after the end of the third round of MDA (14.7% in villages that received MDA versus 30.4% in villages that did not). The strong decrease observed in mortality and morbidity of children under 5 years of age after the MDA confirms its potential as an important means of malaria control in emergency situations. 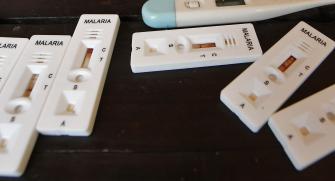 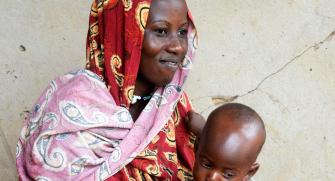 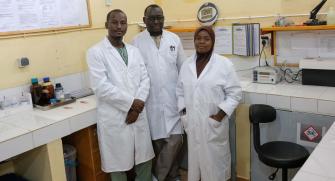 Epicentre has a research center in Maradi, Niger. This center in the heart of sub-Saharan Africa allows us to provide appropriate ...