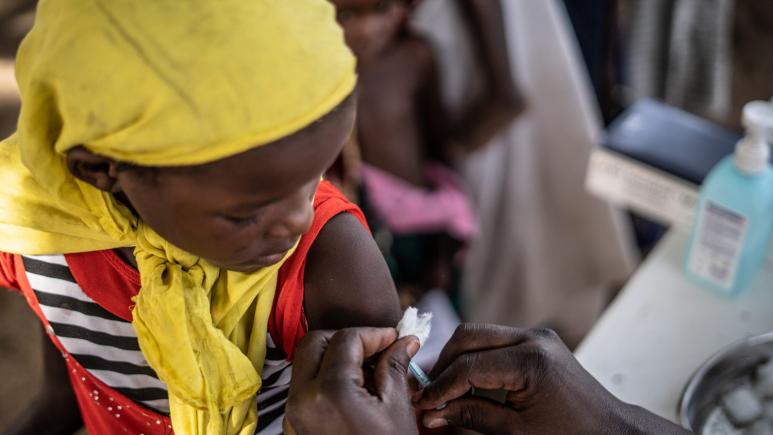 The Republic of Chad faces recurrent measles epidemics. Measles is endemo-epidemic with more than 10,000 cases reported each year since 2005 (WHO 2017).

Since May 2018, measles cases have again been reported in Chad. In November 2018, the Ministry of Health organized a vaccination campaign for children aged 6 months to 9 years in several regions of the country, including the city of N'Djamena. After an initial decline in cases, the epidemic persisted, particularly in the Chari Baguirmi Region.

Médecins Sans Frontières (MSF) began treating measles cases in June 2019. In June and July 2019, MSF implemented a vaccination campaign for children aged 6 months to 9 years in the Bousso, Ba-Illi, and Kouno Districts, all in the Chari Baguirmi region. Epicentre then carried out a cross-sectional vaccination coverage survey for MSF.

In total, information was collected about 2,314 children aged 6 months to 9 years residing in 873 households in 78 clusters in the three districts concerned. The coverage of the mass vaccination campaign was estimated at 91.3% according to vaccination cards or statements by the child's caregiver. Routine measles vaccination coverage in the Expanded Programme on Immunization (EPI) was estimated to be 22.4%. 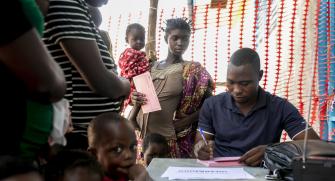 Retrospective and specific mortality survey after a measles epidemic in three health zones in Haut-Lomami, DRC

A retrospective mortality survey was conducted in three health zones to assess community mortality, vaccination coverage, and the ... 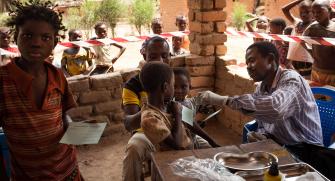 MSF interventions on measles in Katanga

For about 10 years, different sections of MSF have been regularly involved in addressing measles epidemics in the Democratic Repub...