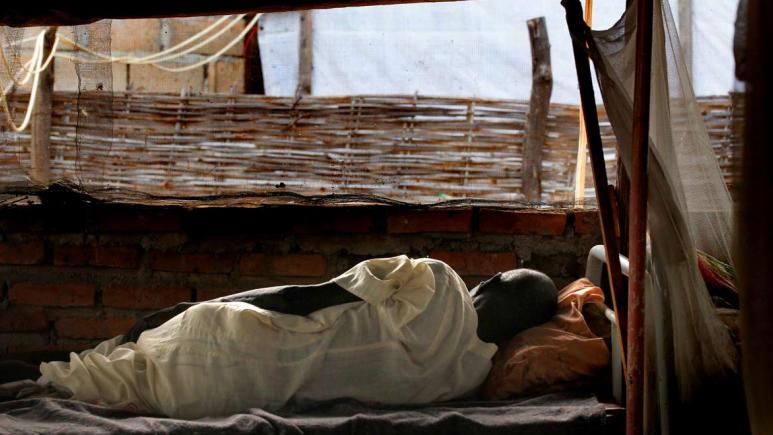 Collaborative study launched into the safety and efficacy of Fexinidazole to treat T.b. rhodesiense sleeping sickness

DNDi and its partners are starting a multicentric study into the safety and efficacy fexinidazole in patients afflicted by T.b. rhodesiense in Uganda and Malawi. The objective of this study is to demonstrate that a single daily oral dose of this drug for ten days is a viable alternative to the therapeutic protocols still in use at the moment that have many side effects and are only partially effective.

A new treatment that is easily accessible to patients suffering from this form of sleeping sickness makes it possible in time to envisage the eradication of this fatal parasitic disease.

For this study Epicentre is partnering with DNDi (Drugs for Neglected Disease Initiative). DNDi is an independent research and development organisation for neglected diseases of which Médecins Sans Frontières (MSF) is one of the founders. DNDi has always targeted sleeping sickness as one of the principal priorities. Since 2007, DNDi has conducted studies with the new treatment, fexinidazole, to treat this deadly disease.

The sleeping sickness parasite, the trypanosome, is transmitted to people by the bite of a tsetse fly in forested areas in some sub-Saharan regions. The illness has two distinct phases, lymphatic phase that is a secondary effect following the bite, where the parasite circulates in the bloods and glands. The second phase is neurological, when the parasite passes the meningeal membrane to reach the brain and manifest itself in the day time sleeping from which the disease derives its name.

Fexinidazole was recently recommended by the European Medicine Agency as the principal treatment against the form of sleeping sickness that is knows as Trypanosoma brucei gambiense, that occurs in the Democratic Republic of Congo, Central African Republic, Angolo, Uganda and South Sudan. However, DNDi has demonstrated that this treatment is also effective against the other parasite, T.b. rhodesiense, that is prevalent in Eastern and Southern Africa with the largest number of cases concentrated in Uganda, Malawi, Zambia, and Zimbabwe. Until now this form of sleeping sickness has been treated with suranim injections for several weeks during the lymphatic phase. These injections are not effective during the neurological phase as well as having multiple side effects. The neurological phase is currently treated with melarsoprol, an arsenic derivative, that has to be administered in a hospital setting and requires 10 days of intravenous injections. This is very old treatment leads to meningoencephalitis in 8% of patients, half of whom die. It is hoped Fexinidazole is an easily accessible a well-tolerated treatment for T.b. rhodesiense.

Apart from Epicentre the other DNDi Partners for this study financed by The European & Developing Countries Clinical Trials Partnership are: the Institut de Recherche pour le Développement (IRD), the University of Makerere in Kampala, Uganda, the Ministry of Health of Malawi, Swiss Tropical and Public Health Institute in Basel, Switzerland, the Uganda National Health Research Organisation, and the Institute of Hygiene and Tropical Medicine in Lisbon, Portugal. 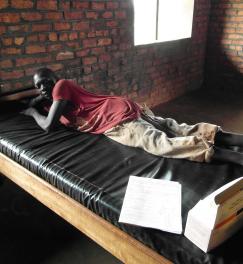